The macro feature of Notepad++ was really useful. On Ubuntu I've had to do without Notepad++, and anyway it would be better to have something that works inn any program. I've found/made something today, and since StackOverflow locks all questions about such things, I'll post it here.

It's simple to get started:

Go ahead and test it! Open a terminal (ctrl+alt+T) and start recording a macro (F9) (you should see a notification). Type some harmless command like echo "hello world!", then press the ESC key (another notification should appear). [You might have to press spacebar (nothing happens) at this point because ESC eats the next keypress]. Now you can press F10 a whole bunch of times to greet the world with appropriate enthusiasm! 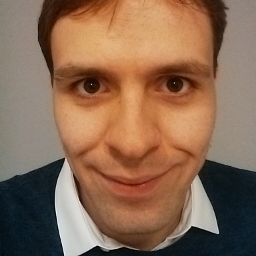 Updated after moving the files to https://github.com/mverleg/shcripts so you'll always have the latest version!

Macro locks have been made more reliable, to prevent any 'start recording' events being captured by record and causing a loop